Switching your regular soda intake to the “diet” version sounds like a pretty health-savvy move, right? Science says maybe not.

Whether you’re currently a diet pop drinker or thinking of switching your regular brand to the low-cal version, you may just want to cut the pop out completely rather than making the switch. Here’s why diet pop isn’t the healthy alternative it’s promoted to be:

Yes, Aspartame (also found in NutraSweet and Equal) may be a zero-calorie alternative to real sugar and yes it may be found in a ton of other “diet” and sugar-free products, but there are some controversies surrounding the artificial sweetener:

Aspartame was denied by the Food and Drug Administration (FDA) eight times before being granted limited approval for use in 1974, then took an additional 9 years to gain approval for consumption.

Taking a look at the science, when metabolized in the human body, aspartame breaks down into three substances: aspartic acid, phenylalanine, and a third substance – methanol. A couple interesting facts about methanol:

At room temperature, methanol is used as an antifreeze, solvent and fuel. Within the body, an enzyme found in the liver (alcohol dehydrogenase) metabolizes methanol to a pretty well known substance called formaldehyde. It is then converted to formic acid, a product that can inhibit oxidation in the cells, causing symptoms of hypoxia and acidosis at the cellular level. Ingested in large enough quantities, methanol can act as a depressant on the central nervous system (CNS), leading to headaches, dizziness, nausea and confusion. In high enough quantities, methanol can cause loss of vision, coma and sometimes death.

Whether or not there’s a high enough quantity of this in pop, I certainly don’t want that in my body, do you?

If you read the ingredients list on a diet pop can, you won’t find a lot of natural substances in there; in fact, you’ll probably come across a lot of words you can’t fully pronounce and a bunch of words ending in “acid” – phosphoric acid, citric acid, etc. Now because there are so many acidic ingredients, ingesting diet pop can lead to the demineralization (or eating away of) bones and teeth, and furthermore, this acid break down of the hard substances in your body can stem from a related deficiency in vitamin A, calcium, and magnesium. This can lead to fractures, tissue corrosion, decreased bone density and osteoporosis in later years.

It Increases Your Sugar Cravings and Caloric Intake

While diet pop itself doesn’t contain any calories, it’s created with the intent of simulating the flavor and sweetness of it’s regular-sugar counterpart. Because of this, especially when a regular-pop drinker becomes a diet-pop drinker, a few things can happen upon ingestion:

1) Artificial sweeteners such as aspartame are 200 times as sweet as natural sugar; therefore, when ingested, the taste buds get overwhelmed and dilute the taste of foods eaten alongside it. For example, try eating a slice of orange after a sip of water vs. after a sip of diet soda – the orange tastes more flat after the soda. This may increase your desire for satiation in the longer term and lead you to seek out higher calorie foods with more satisfying tastes.

2) The sweet taste may have an impact on insulin secretion similar to that of regular pop. When your taste buds get the sensation of sweet, your brain perceives that stimulus as if the beverage you just consumed contains real sugar, causing the pancreas to release insulin in the same manner as if you were drinking regular pop. This spike in insulin tells you brain that you need more sugar in the blood and causes cravings for foods with high sugar concentrations – consequently increasing your caloric intake if you give in to these.

The two main functions of the liver are A) to detoxify the body; and B) to metabolize nutrients. Because one single organ does both jobs, it has to play a balancing act, giving priority to one over the other depending on the state of the body at the time. When you drink diet pop with all it’s 5-syllable chemical components, 99.99% of the time this priority will go to the detoxification process, reducing the amount of effort available for metabolizing fats; resulting in higher fat storage and a lower overall metabolism.

If you’re constantly drinking diet soda, a substance that is completely void of anything healthy (look on the label, there’s no vitamins, minerals, protein or fibre in there), there is a tendency to avoid the healthier choices such as water, milk or some juices – beverages that could otherwise contribute to reaching the recommended daily intake of different nutrients and vitamins.

So if you can’t bring yourself to cut it out completely, at least replace a couple cans with a glass of water and see how that goes; otherwise, you may be doing more to your body than simply increasing your regular belt notch. 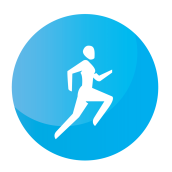